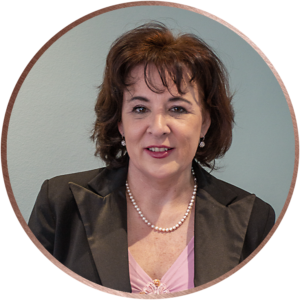 LIVING THE PURPOSE AND PRIVILEGE OF PEOPLE RESTORATION

Leigh has an illustrious career, with an extraordinary fusion of expertise and qualifications, such as Master’s Degrees in both Clinical Psychology and Labour Law. A major highlight is that the treatise she conceptualised as part of her Master of Laws; entitled: “The Effect of Labour Legislation in the Promotion and Integration of Persons with Disabilities in the Labour Market” received an award for the Best Master’s Treatise in 2013, and was later published in 2015. Over the years, she fulfilled numerous professional roles before she joined K & S Labour Law Practitioners. Who is also partnered with PKF VGA Financial Services (part of the PKF international network) that approaches all things IR and HR from a holistic, proactive and symbiotic perspective, in a manner that is probably best captured by the words of LE Modesitt Jr: “Never mistake law for justice. Justice is an ideal, and law is a tool.” She also offers niche assistance to help businesses embed EQ in their operational DNA, and gain the tools to manage through crises, burnout, depression and stress. Which speaks to why we believe Leighs work is ‘game influential’ of nature. Businesses are after all, established BY people, FOR people.

No contributions so far.
We use cookies on our website to give you the most relevant experience by remembering your preferences and repeat visits. By clicking “Accept”, you consent to the use of ALL the cookies.
Cookie settingsACCEPT
Manage consent

This website uses cookies to improve your experience while you navigate through the website. Out of these, the cookies that are categorized as necessary are stored on your browser as they are essential for the working of basic functionalities of the website. We also use third-party cookies that help us analyze and understand how you use this website. These cookies will be stored in your browser only with your consent. You also have the option to opt-out of these cookies. But opting out of some of these cookies may affect your browsing experience.
Necessary Always Enabled
Necessary cookies are absolutely essential for the website to function properly. These cookies ensure basic functionalities and security features of the website, anonymously.
Functional
Functional cookies help to perform certain functionalities like sharing the content of the website on social media platforms, collect feedbacks, and other third-party features.
Performance
Performance cookies are used to understand and analyze the key performance indexes of the website which helps in delivering a better user experience for the visitors.
Analytics
Analytical cookies are used to understand how visitors interact with the website. These cookies help provide information on metrics the number of visitors, bounce rate, traffic source, etc.
Advertisement
Advertisement cookies are used to provide visitors with relevant ads and marketing campaigns. These cookies track visitors across websites and collect information to provide customized ads.
Others
Other uncategorized cookies are those that are being analyzed and have not been classified into a category as yet.
SAVE & ACCEPT
Sign Up for MyGrow
Become a Reseller
Register your Business